I have noticed two trends in higher education that may be correlated.
The first trend has to do with the exorbitant cost of higher education which has been generally rising at a much higher rate than inflation, and has been for decades.
The trend I am interested in, however, is a by-product of this larger trend. Because the cost of higher education, particularly of an advanced degree, has been rising so quickly it has resulted long ago in the phenomenon that individuals who got advanced degrees in certain subjects, like the humanities, being incapable of getting a job upon graduation that would allow them to pay back their student loans. The problem became so severe that many graduate schools did something about it.
About fifteen to twenty years ago, most graduate schools moved to the model of not accepting any student unless they could fully fund them. This seemed to be the socially responsible thing to do. It is, on a certain level. There are two problems with it, however.
The first problem is that a number of students are denied the opportunity to get an education that might otherwise benefit them because the graduate schools will only admit students it can fully fund. These students cannot reach their full potential because access to the education is denied them.
Unfortunately, not all graduate schools are wise in their selection of graduate students. For example, during the time that I was a graduate student at Yale, every student selected to receive the top scholarship failed to finish their graduate program. There were all sorts of reasons given for the problem and probably a different reason could be given for each student. I mention it merely to point out that the track record of selecting graduate students to receive money at that particular school at that particular time was not great.
The second trend I am interested in is the much discussed sense of entitlement supposedly found among millennials. I do not think this is necessarily accurate because I do not think it is necessarily a generational thing. I know a number of individuals from earlier generations (including early boomers) that also manifest a sense of entitlement disproportionate to their accomplishments. Whether the sense of entitlement is increasing or not, those who have the misfortune of working with those who are entitled generally agree that having a sense of entitlement is not a good thing.
I do not have data at the moment to support a correlation, but it seems to me that the first trend directly feeds into the second trend. That is, fully funding graduate students without their having to work for it might promote a sense of entitlement in them. It is a hypothesis that at least can be tested.
With that in mind, some time ago, I encountered a little essay about the sacrifices that some people still make to get an education. Having made some sacrifices for my education I appreciate stories like this of the sacrifices made. We need more of them.
Posted by John Gee at 12:49 PM Links to this post

Almost three and a half years ago, my book An Introduction to the Book of Abraham was announced by Deseret Book. When it was announced a certain individual or group of individuals launched a campaign to have the book suppressed. This delayed the release of the book a number of months (it was over a year from the announcement of the book to its actual release). To forestall something similar happening I have waited to announce my new book, Saving Faith, until it has actually come off the press. 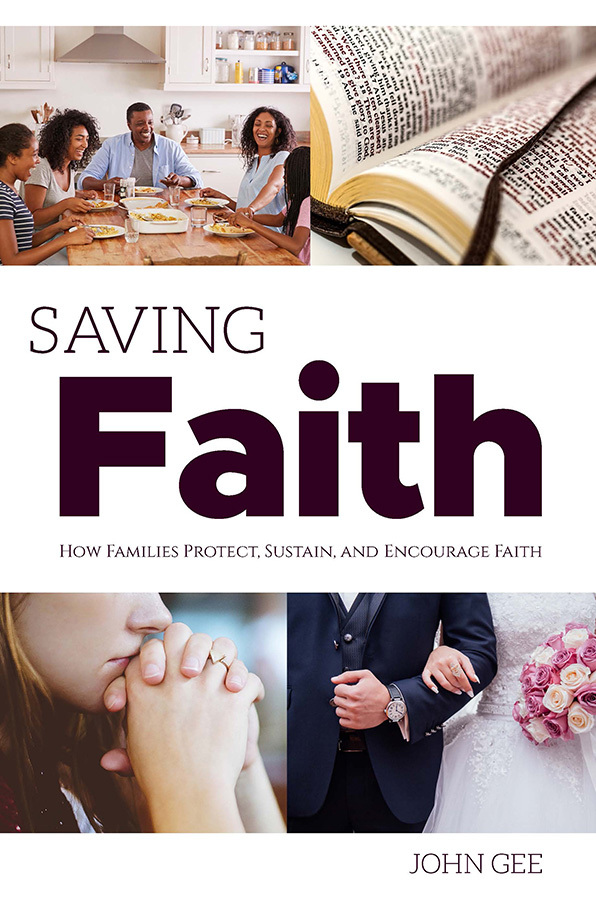 The book is physically in print. I received a physical copy on March 18, but have delayed the announcement until it was actually released. You can order it here or here. Although the book is scheduled to be officially released May 11, I have heard of people already receiving copies.

The book deals with the narrative that youth are leaving the Church in droves. The data do not support this narrative, but those promoting the narrative sometimes seem to be more interested in telling tall tales than telling truth. A more careful examination of the data shows important information about not only the numbers of those who lose their faith, but how and why they do so.  The data also show what factors are statistically correlated with keeping faith, and that a host of proposed solutions have no data to back them up or worse can be shown to be counter-productive. Readers of this blog will have noticed that I have tackled some of these issues here before. We have probably passed the point where we should be doing apologetics without good data.

Those who know me will not be surprised that I also have provided a few scattered references to history, archaeology, and philology. The book, after all, did have its origin at an international archaeological conference where I was giving a philological paper.

Posted by John Gee at 4:32 PM Links to this post

Email ThisBlogThis!Share to TwitterShare to FacebookShare to Pinterest
Labels: Apologetics

Just this morning the Journal of Near Eastern Studies posted a new issue with an article by Nashat Alkhafaji and Gianni Marchesi called "Naram-Sin’s War against Armanum and Ebla in a Newly-Discovered Inscription from Tulul al-Baqarat."

The inscription gives us much more information about Naram-Sin's campaign into the area around Ebla. The information it provides is material we had not even dreamed about knowing before.

Congratulations to Alkhafaji and Marchesi for publishing this important inscription.
Posted by John Gee at 3:56 PM Links to this post

Email ThisBlogThis!Share to TwitterShare to FacebookShare to Pinterest
Labels: Mesopotamia

A few notes on the Hittite plague:

It begins after the Hittite prince, Zannanza, was assassinated on the way to Egypt.


Dismissing the protestations of innocence from the new pharaoh Ay, a bereaved and angry Suppiluliuma immediately took punitive action, sending Hittite troops into the Egyptian-held territories. Ironically, the Egyptian prisoners whom they transported back to Hattis from these campaigns were blamed for the pagues that wreaked havoc in the Hittite heartland for the next two decades. Six years after his conquest of Karkamis, Suppiluliuma died, probably from this very plague. His son and successor, Arnuwanda II, also succumbed to it after little more than a year on the throne.

(Billie Jean Collins, The Hittites and Their World [Atlanta: Society of Biblical Literature, 2007], 49.)

It continued to be a problem for Suppiluliuma's successor, Mursili:


The plague that Suppiluliuma had brough home from his conquests in Syria continued to rage unabated throughout the kingdom well into the latter half of Mursili's reign. There was no question that this scourge had been brought on by an angry deity, but Mursili had to find the source of its anger. Oracular inquiry identified three possible causes, each attributable to Suppiluliuma. Among the possibilities was a retaliatory attack Suppiluliuma had made on Egyptian-held Amka, which, it turned out, was a violation of an old treaty between Hatti and Egypt. Wile maintaining that the responsibility for the plague did not rest with him personally, Musili promptly made restitution for his father's lapses.

Here's hoping the current plague does not last two decades.

Posted by John Gee at 2:32 PM Links to this post

An Observation from Agatha Christie

Over seventy years ago, Agatha Christie made the following observation in an exchange between her protagonist and a scientist:


I said, "You mightn't want money for yourself--but wisely directed, money may do a lot of interesting things. It can endow research, for example."

I had supposed that Clemency might be a fanatic about her work, but she merely said:

"I doubt if endowments ever do much good. They're usually spent in the wrong way. The things that are worth while are usually accomplished by someone with enthusiasm and drive--and with natural vision. Expensive equipment and training and experiment never does what you'd imagine it might do. The spending of it usually gets into the wrong hands."

The copyright date on the book is 1948, but the sentiment sounds very modern.


“The greater the distance between the giver and the receiver, the more the receiver develops a sense of entitlement.”

I have seen that his insight is true.
Posted by John Gee at 7:16 PM Links to this post

In this thoughtful piece, a law school dean reflects on what recent events in athletics have to with living with integrity as a lawyer. The recommendations seem applicable on a wider scale.

Posted by John Gee at 1:52 PM Links to this post

Email ThisBlogThis!Share to TwitterShare to FacebookShare to Pinterest
Labels: Integrity

While one might expect a religious studies scholar to know something basic about religion, that is not always the case. Consider, for example, the following passage from a recent Oxford University Press book on religion by Tim Clydesdale, Professor of Sociology at the College of New Jersey, and Kathleen Garces-Foley, Professor of Religious Studies at Marymount University. In discussing a survey that they conducted, they note that

They scarcely discuss those in the other religion category. I suspect because, as a sociologist, Clydesdale knows that the sample is so statistically small that it may not be responsible to do so. Instead the authors say that they have decided to focus


on the lives of the 91% of American twentysomethings who affiliate with Christianity (Catholic or Protestant) or have no religious affiliation.

Latter-day Saints are used to being mischaracterized, and one would not necessarily expect a sociologist to get denominational distinctions sorted out, but apparently it is too much to expect a professor of religious studies to know that Eastern Orthodox Christians are Christians.

Posted by John Gee at 8:00 AM Links to this post

Previous Ostraca Tossed Out the Window